Cited from the Official Website of Theta Chi Fraternity, www.thetachi.org 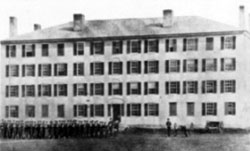 Theta Chi Society, as it was originally known, was founded at Norwich University, Norwich, Vermont, at nine o’clock on Thursday evening, April 10, 1856. At that time Frederick Norton Freeman ’57, and Arthur Chase ’56, met in Freeman’s room in the Old South Barracks of the University and, to quote from the minutes of the first meeting, “being called to order by Mr. Chase, Messrs. Chase and Freeman mutually took the oaths prescribed and declared each other true and accepted members of the Theta Chi Society.” From this humble beginning Theta Chi Fraternity has grown to its present status. 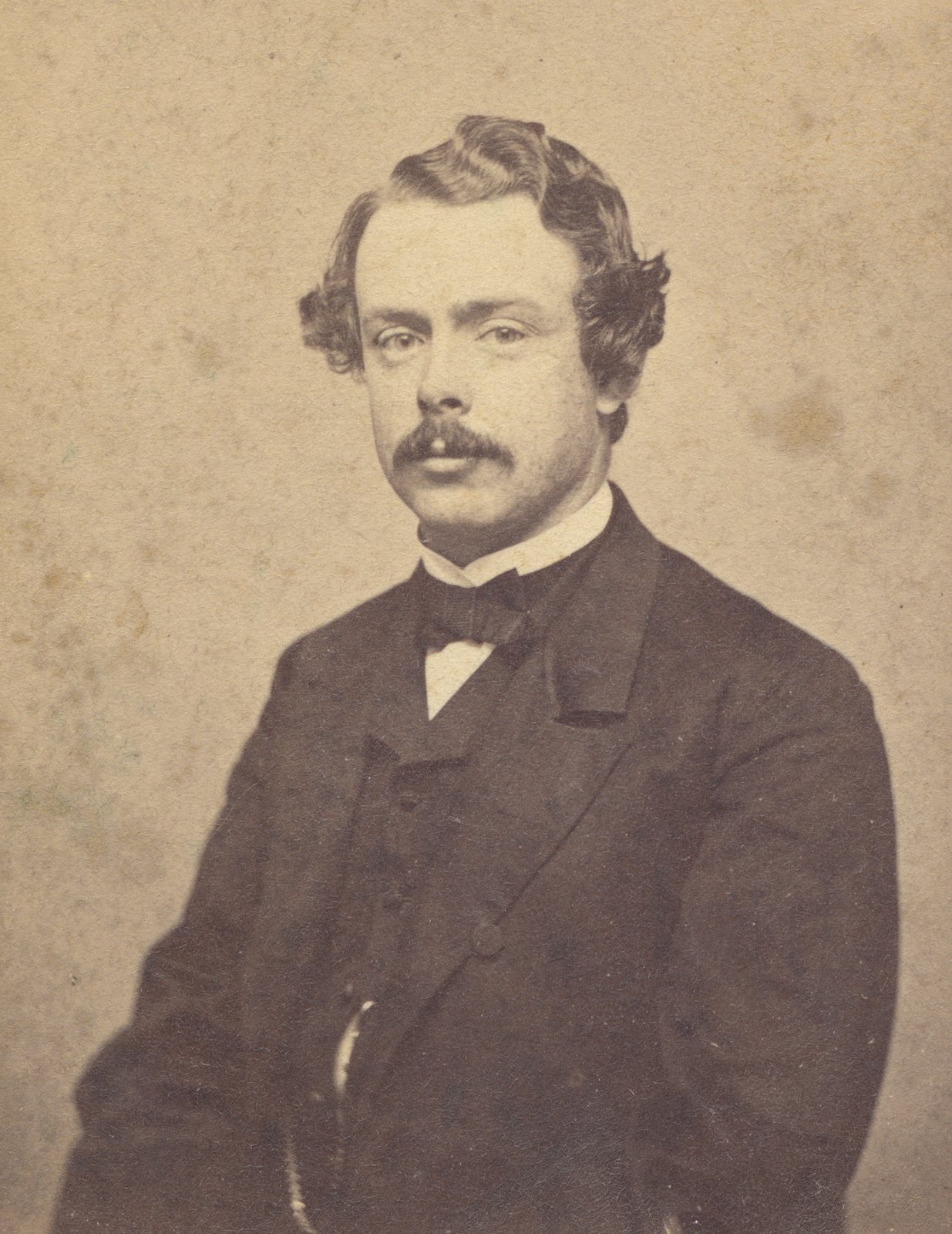 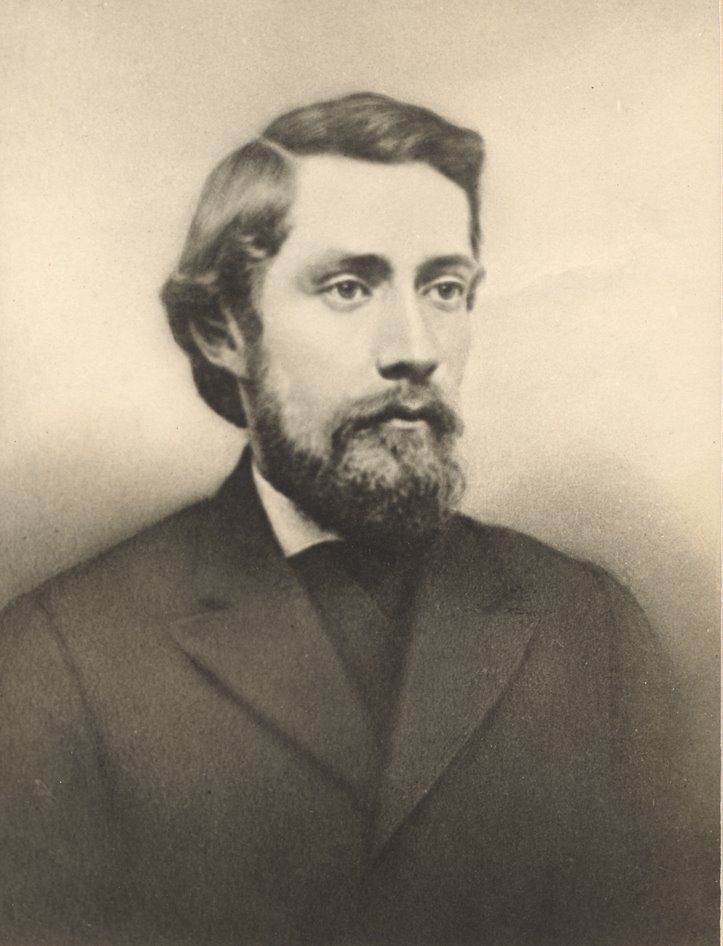 To quote again from the minutes of the first meeting we learn that, “The Theta Chi Society was the idea and plan of Frederick Norton Freeman, and with the assistance of Arthur Chase, his plans were perfected and the society was organized.” Chase was elected president and Freeman was elected secretary. The next evening, April 11, the first initiation was conducted. One of the initiates was Edward Bancroft Williston of Norwich Vermont, and the other was Lorenzo Potter of Elkhorn, Wisconsin. 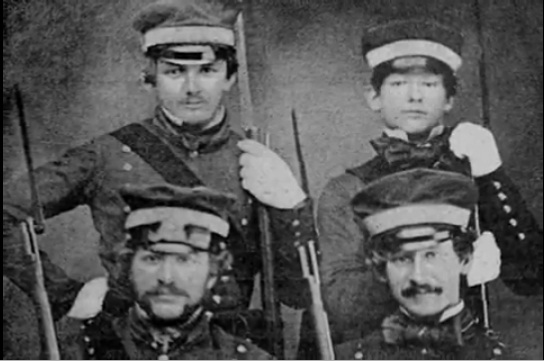 An old photo of some of the members of The Regulators

Theta Chi was the first Greek Letter society to make its appearance at Norwich. It was preceded in 1853 by a secret society known as the “Regulators.” In a latter from Arthur Chase sent to the chapter in the 1880’s Chase states that he and Freeman were members of a “secret society” prior to founding Theta Chi. However, whether there was any connection between the Regulators and Theta Chi is open to conjecture. The fundamentals of Theta Chi, as expressed in the original constitution, to this day remain unchanged; strengthening the bonds of true friendship, loyalty to Alma Mater and the mutual benefit and improvement of its members. Our present ritual includes the original ritual used in 1856. The oaths taken by Freeman and Chase on that April evening long ago have since been shared by every man initiated into Theta Chi.

The early history of Theta Chi Fraternity is closely connected with the history of Norwich University. The University was founded at Norwich, Vermont, in 1819 being then known as The American Literary, Scientific, and Military Academy. It was a pioneer engineering college of the country and has always maintained its military training and traditions. In 1834 the name was changed to Norwich University. In the Spring of 1866 the Norwich University buildings burned. Old South Barracks, where Theta Chi was founded, was completely destroyed. The University moved after the fire to Northfield, Vermont, its present location. At the Seventy-Fifth Anniversary Convention the Fraternity erected a granite monument with a bronze plaque at Norwich, Vermont, to commemorate the founding of the Fraternity. 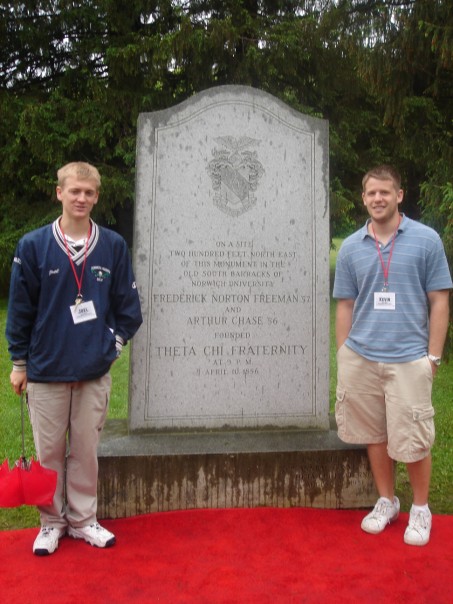 In the first decade of the Fraternity’s existence a number of serious handicaps were experienced. The Civil War greatly depleted the student body of the University, for Norwich was a military school. After the fire in 1866 there was doubt for a while as to whether or not the University would continue. The war, the fire, and the uncertainty regarding the continuation of the University seriously lowered the attendance, and the school opened in the Fall of 1866 with only nineteen students. In spite of the low enrollment, which continued for some years, “The History of Norwich University” by Dodge and Ellis says that “The Theta Chi and Alpha Sigma Pi fraternities flourished in this period, 1866 to 1880. 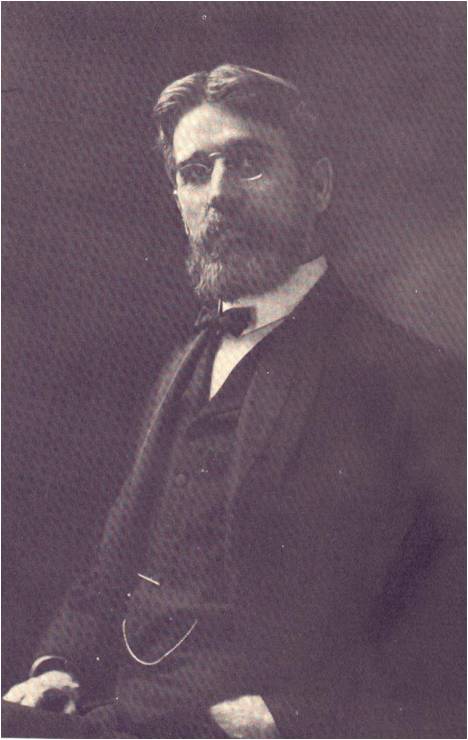 In 1881 the student body of Norwich was reduced to a dozen men, and Theta Chi found itself with one active member. This critical situation was relieved when local alumni worked with the undergraduate member, James M. Holland, ’83, in initiating Phil S. Randall, ’86, and Henry B. Hersey, ’85, thus preserving the existence of the Fraternity.

After 1888 the affairs of the University took a decided turn for the better, and from then on there was never a question of Theta Chi leadership on the Norwich campus. From its very inception Theta Chi was planned as a national fraternity. However, while there were several requests for chapters as other colleges, Theta Chi existed as a single chapter for nearly fifty years due to the conservative nature of the undergraduate brothers at Norwich.

In 1888 Theta Chi Fraternity was incorporated under the laws of Vermont. From 1888 until the establishment of the Beta Chapter, fourteen years later, the history of the Fraternity is a history of steady growth of a chapter both in general strength and in members. Norwich University disbanded its fraternities in 1960, so Alpha Chapter no longer exists.

An Old Photo of Beta Chapter’s House at M.I.T.

The establishment of Beta Chapter at the Massachusetts Institute of Technology was spearheaded by brother Park V. Perkins, Alpha ’05 who began attending college there. The installation of Beta chapter on December 13, 1902, began a new era opened for Theta Chi, an era of country-wide expansion and national organization and administration.

The early 1900s was a period of rapid expansion. Theta Chi expanded west to California (1913), below the Mason-Dixon Line (1914) and into the Midwest (1916). Theta Chi’s service to country resulted in 63% of members serving in World War I.

During World War II, more than 90% of Theta Chi’s undergraduates answered the call to serve their country.  More than 400 made the ultimate sacrifice.  Two members were recognized with the Medal of Honor.

In 1950, Theta Chi installed its 100th chapter, with all 99 other links of the chain unbroken and active. Six year later, Theta Chi celebrated its Centennial at Norwich University.

In 1965, Zeta Gamma Chapter was installed at the University of Alberta making Theta Chi Fraternity an International organization.

In 1992, Theta Pi/Bridgewater State was installed as Theta Chi Fraternity’s 200th chapter. Theta Chi once again returned to its alma mater, Norwich University, to celebrate its 150th Anniversary in 2006.

2013/2014 was a banner year for Theta Chi Fraternity. The 175,000 member was initiated, and overall, our chapters initiated more men during this school year than at any point in Theta Chi’s history. The Fraternity began a new national partnership with the USO (United Service Organizations) and also established its new health and safety initiative, Sacred Purpose.

If our Founders could see us today, they would surely be proud. More than 175,000 men have been initiated into the Fraternity since its founding. On May 2, 2015, Theta Chi installed its 230th chapter, Iota Omega at SUNY Cortland.